Professor Emmanuel Osodeke, the president of the academic staff union of universities, has said that the Federl government of nigeria has refused to show any iota of concern or readiness to address the issue on the deck concerning the ongoing strike which has forced all Nigerian students in federal tertiary institutions to stay at home with no commencement of academic activities.

According to the students, the government seems not to be bothered about their future and the effects of the prolonged strike on them. They have declared that if the government refuses to find possible immediate solution to the issue of strike, they would collaborate with the national association of nigerian students in it’s proposed national day of action to ensure a total shutdown I the country as this has happened to be the second stole embarked by ASUU in the less than two years as the 16th strike since 1999.

Professor Emmanuel Osodeke said that the Nigerian government has prioritized the case of fuel subsidy to education which is very very unfortunate.

The funds being demanded by ASUU is required in order to boost the infrastructure deficit of the Nigerian tertiary institutions. In accordance to what the process said, the Nigerian academic intelligentia is able to provide any and all solutions needed to boost the country as he called our to the government to chalk nigerian lecturers to make out possible solutions to the prolonged nagging issues it has identified.

He further made mention that it took universities three good months just to produce university transparent accountability solution which performed 97.3 percent to replace the foreign integrated payroll personnel information system (IPPIS). While huge resources was paid for IPPIS, such funds would have served and met he universities needs and challenged the government to always task the universities to solutions to identified challenges.

He also said that the Nigerian universities can provide a refinery’s within three years as part of measures to get rid of the loss incurred from subsidy in the nation.

” It is always very funny that the government cannot raise 200 billion naira to revamp all universities to the world standard.

You can spend 228 billion naira to feed children in primary and secondary schools but you cannot raise funds for your university, it is an issue of priority. If you can raise a budget of 4 TRILLION NAIRA for subsidies a year but you cannot raise 200bn to find education whee there is no infrastructure. if you remove 200bn from 4trillon naira, you still have 3.8 trillion for fuel subsidy”

It is quite unfortunate that the value of formal education in nigeria is diminishing every single day and the government seems not to be carrying out necessary actions in order to curb the issue of strike in nigeria. 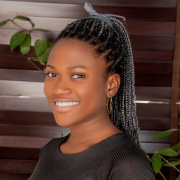 Want to study in the Uk? Check Out Top 5 Universities in the UK You Should Apply to?

Manage Cookie Consent
To provide the best experiences, we use technologies like cookies to store and/or access device information. Consenting to these technologies will allow us to process data such as browsing behavior or unique IDs on this site. Not consenting or withdrawing consent, may adversely affect certain features and functions.
Manage options Manage services Manage vendors Read more about these purposes
View preferences
{title} {title} {title}
Close
Close
Log In